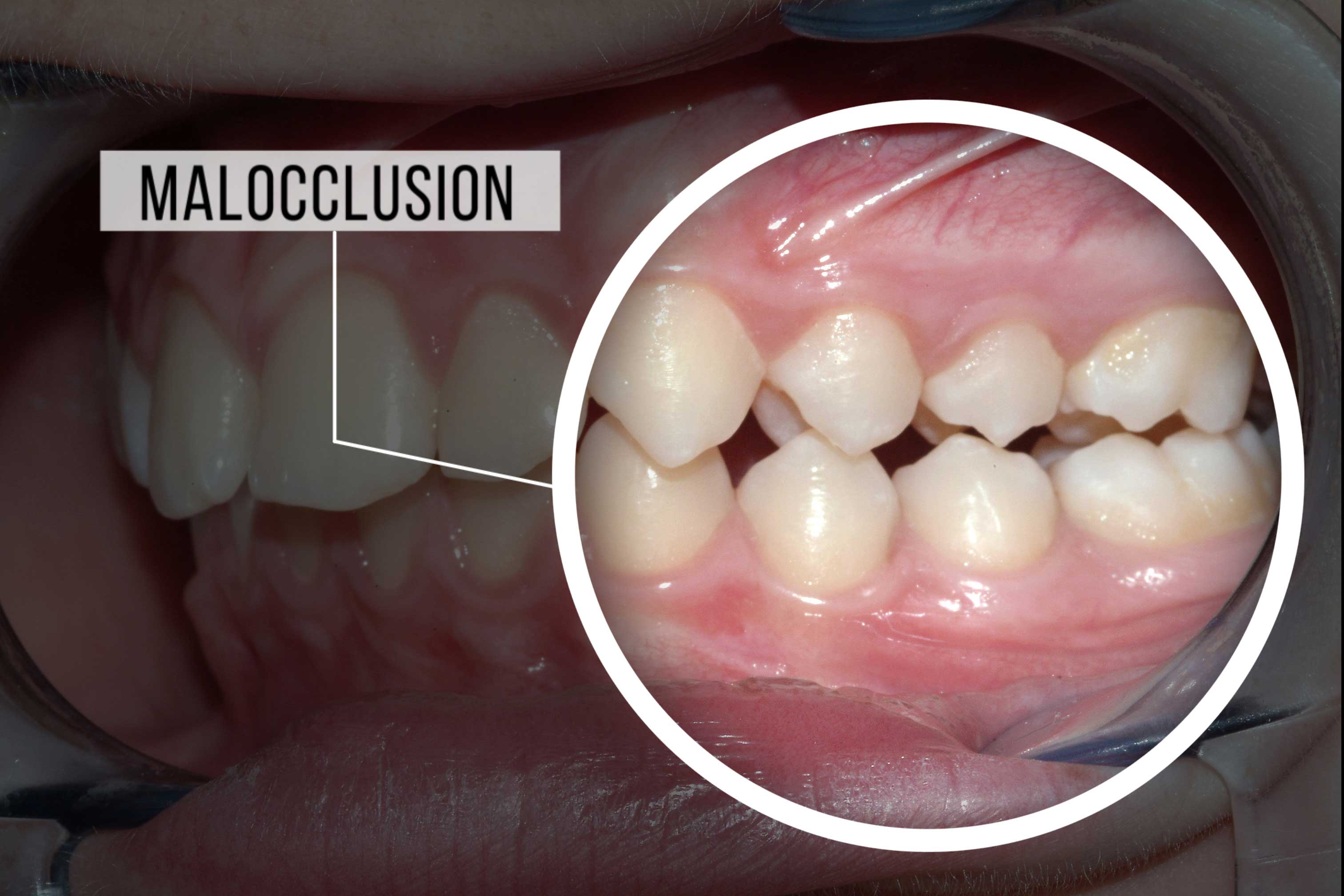 Malocclusion is a term that refers to an abnormal alignment of the upper and lower teeth. When the teeth are abnormally aligned, dental problems, such as difficulty biting or chewing can occur. Malocclusion may also result in an unnatural facial appearance, mouth breathing and speech problems. In severe cases, untreated malocclusion can lead to extreme stress and eventual damage to the affected teeth.

Nearly 90 percent of children have some degree of malocclusion, although, typically, only a small percentage of these cases is severe enough to require orthodontic treatment.

There are several types of malocclusion, any of which may necessitate orthodontic treatment. Malocclusion is divided into three classes: Class I, in which teeth are overcrowded in spite of proper alignment of the upper and lower jaws, Class II, in which the lower molars fit the upper molars, but are located toward the throat, pulling the chin back, and Class III, in which the lower molars are too far forward to fit with their corresponding upper molars, creating a jutting jaw.

In a patient with upper protrusion, the upper front teeth push outward abnormally, a condition commonly known as buck teeth. Causes of upper protrusion include an unusually small lower jaw. Thumb-sucking or pacifier may also result in, or exacerbate, the problem by pushing the upper teeth outward.

In a patient with an overbite, the upper front teeth extend abnormally far down over the lower front teeth. In extreme cases, this can result in the lower teeth actually biting into the roof of the mouth

In a patients with an underbite, the lower front teeth extend farther forward than the upper front teeth, resulting in an an irregular bite and an abnormal appearance.

A cross bite, as the name implies, occurs when some or all of the upper teeth misalign with the lower teeth, so that the upper and lower teeth meet incorrectly.

In patients with open bites, the upper and lower front teeth do not overlap completely, so that, even when the mouth is closed, there is an opening between the upper teeth and the lower teeth.

In most cases, malocclusion is hereditary, the result of abnormalities in the size of upper and lower jaws relative to the teeth or to one another. When the jaw is too small, it may result in teeth that are crowded, crooked, rotated, or transposed (erupting in the wrong place in the mouth). The teeth may even become impacted and not erupt at all. When the jaw is too large, the teeth also have a tendency to shift position or grow crooked.

Other causes of malocclusion may include:

While for most patients, malocclusion may be only a cosmetic concern, for some, it may be disfiguring of the facial features and result in problems with speaking or eating. Fortunately, in most cases, malocclusion can be corrected with orthodontic treatment.

Treatment for malocclusion varies depending on the severity of the problem and the age of the patient. Most cases can be treated by some combination of the following:

Braces are typically worn for 1 to 2 years, followed by the wearing of a nighttime retainer to hold the teeth in the corrected position. The goals of orthodontic treatment for malocclusion are to improve appearance, make cleaning the teeth easier to decrease the risk of decay and periodontal disease, and to eliminate strain on the jaw and teeth. Such treatment may also protect teeth from possible loosening or fracture and reduce symptoms of temporomandibular joint disorders (TMD).